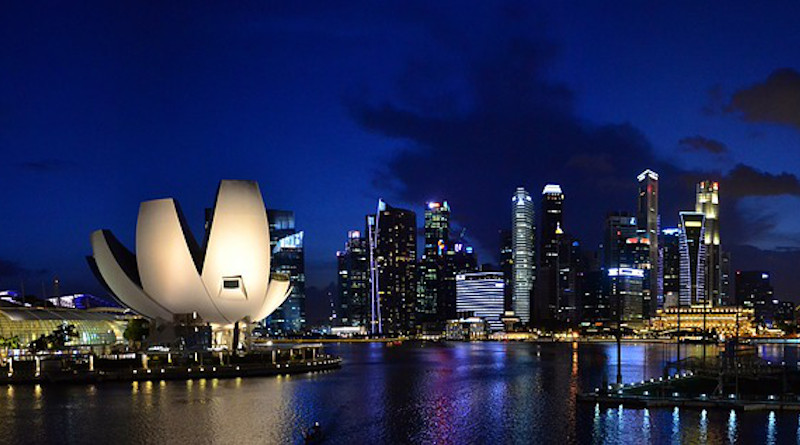 As of December 31, 2020, Singapore’s TraceTogether COVID-19 contact tracing program had attained a national adoption rate of over 70 percent. In order to nudge the public toward adoption, the government had invested significantly in technology and community outreach, responding to initial public concerns over the app’s functionality, data security, and privacy protection. These issues had weighed heavily on the public’s side of the allegorical seesaw of trust, but by end of 2020, the government appeared to have successfully calibrated its priorities for tackling public health concerns with assurance about respect for personal privacy.

This achievement would have been a fitting coda to the program’s launch, but for the Singapore government’s disclosure on January 4 that in addition to COVID-19 contact tracing, TraceTogether data could be used for the purpose of criminal investigations. Seen as an apparent revocation of promises to the contrary, the announcement came as a bombshell for many. Decried as a betrayal of public trust and policy backpedaling, notwithstanding the technical legality of using TraceTogether data under the Criminal Procedure Code (CPC), the revelation created fodder for political contestation. Further exacerbating the damage was the fact that the government is not subject to the Personal Data Protection Act (PDPA). In an attempt to assuage public outrage, a new law limiting access to TraceTogether data for criminal investigations is now being expedited through parliament.

Taking a broader perspective, what could this decline in trust mean for Singapore’s Smart Nation efforts, in which surveillance plays a prominent role? A key factor of Singapore’s phenomenal transformation “from third world to first” is arguably the extensive role of the government in numerous aspects of social and economic development. In the interests of peace and prosperity, people trust and toe the line of governance models that strike a balance between pragmatism and idealism. The Smart Nation scheme, which leverages data, is the form this model takes in the digital age. This model was never without criticism, but there are growing sentiments pejoratively framing it as “big government.”

Three reasons could explain the rise of these sentiments. First, the country’s transformation has met most people’s basic physiological and security needs, and now there is a rising demand for self-actualization needs, such as privacy and ideological expression.

Second, the vast information space online is flooded with facts, fiction, and fallacies that make clear-headed judgement difficult. This situation could create speed bumps in trust-building between the government and public and blur the lines between what is necessary and what is ideal.

Third, there is an ascendant international commentary that frames “big government” in absolute terms of state over-reach and tyranny, inviting comparisons to what the West regards as techno-authoritarian powers, such as China. This trend could challenge national crisis management, as the efforts of national institutions, especially regarding data surveillance, may be perceived as malign attempts to consolidate political power instead of providing public goods like health and safety.

In reality, another scenario already exists. Surveillance is conceptually broad and is a powerful tool for the common good. Data collection and analysis informs the design and distribution of public goods such as healthcare, security, transportation, and workplace safety that are vital to the functioning of society. For example, data on crowd movements aids transport planning and police patrols to deter crime. Data on sanitation could aid water management and detection of infectious diseases. Emphasizing these realities could support trust-building as the government demonstrates care for the people and competency in efficiently providing public goods and meeting Smart Nation goals. But trust also entails credibility in which the government’s promises on the use of data matters, as well as the effective communication of these promises.

Trust is a fundamental element of any relationship: it is hard-won, requires continual management, and is all too easily broken. In the wake of this TraceTogether controversy, should government priorities focus on repairing trust rather than efficiency? This will entail the political will to address the longstanding elephant in the room: privacy.

In a world of social media and smartphone applications, people are grappling with the boundaries of privacy and how compromises in sharing personal identifiable data could benefit or harm them. With the PDPA, most conversations on privacy protection in Singapore were business-facing. The TraceTogether controversy has broadened public discussions on privacy as a personal right that may supersede national priorities, and what a government can but should not do. The conversations are increasingly spotlighting the government as data surveillance becomes more apparent, and formal regulation binding the government to its promises of data privacy protection may go some way to assure the public.

In December 2020, the Law Reform Commission of the Singapore Academy of Law issued a report on the sufficiency and effectiveness of existing legal protections with regard to unlawful disclosure and serious misuse of private information. The report concluded that the current patchwork of legal protections has gaps, shortcomings, and difficult to navigate. The report proposes a new law to remediate the situation, defining “private information” as that about which an individual has a “reasonable expectation of privacy.” Most significantly, it proposes that this new law should bind the Singapore government in this respect.

The last five years have seen a flurry of legislative moves to speed up the drive to the Smart Nation program. Privacy rights were arguably much lower in priority but now feature more significantly in public expectations, hence the need to renegotiate the social contract. In this renegotiation, data privacy rights and the proposed law are considerations that the government must reckon with. On the public’s part, it may have to bear with slower technological progress, as it will be unrealistic to expect the government to provide seamless public goods without obtaining the data necessary to understand people’s needs. However, if the social contract remains uncertain, trust-building on the road to Smart Nation will continue to face speed bumps.

*Teo Yi-Ling is a Senior Fellow and Muhammad Faizal Abdul Rahman is a Research Fellow in the Cyber and Homeland Defence Programme with the Centre of Excellence of National Security (CENS), S. Rajaratnam School of International Studies (RSIS), Nanyang Technological University (NTU), Singapore. This article was also published at The Diplomat

The article Someone To Watch Over Me: Trusting Surveillance In Singapore’s ‘Smart Nation’ – Analysis appeared first on Eurasia Review.