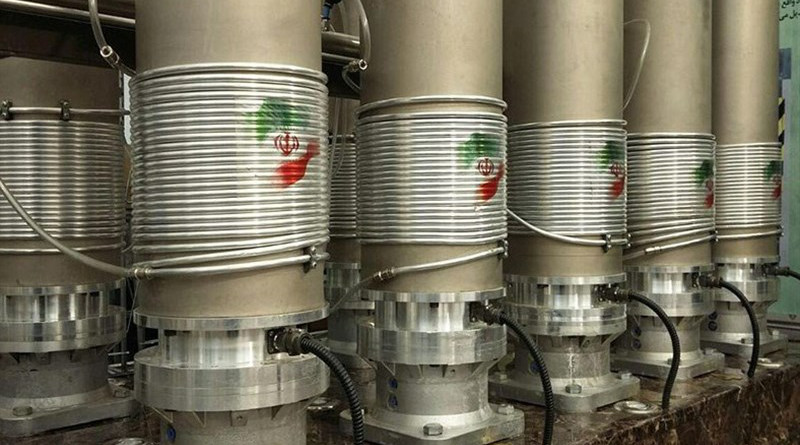 While the heated exchanges of the past between the Iranian regime and Israel could be analyzed as political posturing, the latest tensions must be taken seriously.

Israeli military chief Lt. Gen. Aviv Kohavi warned about striking the Tehran regime because of its nuclear threat. He said: “I instructed the army to prepare a number of operational plans in addition to the existing ones. We are taking care of these plans and will develop them during the coming year. Those who decide on carrying them out, of course, are the political leaders. But these plans have to be on the table.”

The Iranian regime fired back, with armed forces spokesperson Brig. Gen. Abolfazl Shekarchi threatening: “If even the slightest mistake is made, we will level Haifa and Tel Aviv in the shortest possible time.”

Israel’s underlying concern originates from the US Biden administration’s stated intention to return to the Joint Comprehensive Plan of Action (JCPOA). President Joe Biden has made it clear that he wants to return to the 2015 nuclear agreement and he has appointed several individuals to high-level positions who were either involved in the negotiations that resulted in the pact or are in favor of reviving it.

Since Iran knows what Biden’s stance is, the shrewd leaders of the Islamic Republic are taking advantage by pressuring the White House to return to the deal as soon as possible. Cabinet spokesman Ali Rabiei pointed out: “The US will not have all the time in the world. We are waiting for the official announcement of their stance as well as the lifting of sanctions.”

From the Israeli leaders’ perspective, a US return to the 2015 nuclear deal would deliver a strategic blow, tip the Middle Eastern balance of power in favor of the ruling clerics of Iran, and trigger a nuclear weapons race in the region. To be more specific, Israel is worried about four major aspects of the nuclear deal.

First, the Iranian regime will ultimately be able to acquire nuclear weapons as a result of the JCPOA’s sunset clauses, which set a firm expiry date for the restrictions on Iran’s nuclear program. After that, Tehran will be able to spin centrifuges and enrich uranium to any level it desires. In other words, some believe the nuclear pact paves the way for the Islamic Republic to legally become a nuclear state.

For the Israeli leaders, any agreement must bring a permanent and complete halt to Tehran’s nuclear proliferation and remove all concerns that it will ever obtain a nuclear weapon.

Israel’s second major concern is the nuclear deal does not require inspectors from the International Atomic Energy Agency to monitor Iran’s military sites. This means Tehran can clandestinely advance its nuclear program at its military facilities, while pretending to comply with the JCPOA. Iranian opposition group the National Council of Resistance of Iran reported in 2017 that a location at the highly protected Parchin military base was secretly being used to continue Tehran’s nuclear weapons project. The group said: “The unit responsible for conducting research and building a trigger for a nuclear weapon is called the Center for Research and Expansion of Technologies for Explosion and Impact, known by its Farsi acronym as METFAZ.”

The third key concern is the lifting of sanctions against Iran, which will follow after the US returns to the nuclear deal. The current sanctions on Tehran exert significant pressure on the theocratic establishment. If they were to be swiftly lifted, Iran would be able to rejoin the global financial system with full legitimacy — and billions of dollars would flow into the treasuries of the Islamic Revolutionary Guard Corps (IRGC) and its militias across the Middle East.

It is very likely that Israel will take military action against the Iranian regime if Biden returns to the 2015 nuclear deal without renegotiating it. The Biden administration must take this issue seriously.

The article Israel On War Footing As US Mulls Return To Iran Nuclear Deal – OpEd appeared first on Eurasia Review.